This section also includes comedians to TV chefs to how a ship works.

We were a movie company and had vast experience is movie scripts and storytelling. Now we write movie paced crime thrillers that all happen on ships. The novels confirm copyright, and publishing them on Amazon, one of the three major movie makers means copyright is protected. So with our YouTube filmed Port Guides that has hit over 100,000 views in a month, we are all about entertainment.

ENTERTAINMENT ON BOARD SHIP

STAR MUSICIANS and SINGERS - names who step on to entertain us

COMEDIANS who travel the world to entertain you on cruise ships

TRIBUTE ACTS - the people who look, sound and sometimes are even better than the original acts they portray

ENTERTAINMENT DINING VENUES - The Club by Jools, The Limelight club - and other premium venues that may have an additional charge

PRESENTERS and contributors out there filming ships and destinations for Doris Visits - be one too. 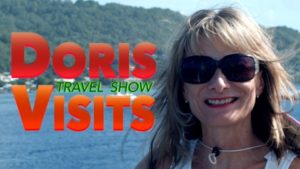 Presenter Jean Heard is an award-winning actress, she can be seen in Freight which was a Netflix movie made by this independent company which Jean is a partner in. She has also won Best Actress awards in the USA and starred in BBC single dramas like Grass Arena with Oscar winner Mark Rylance. She has appeared in West End theatre and is the main presenter for the travel show Doris Visits. She is a grandmother, not of a ship, to Heidi and Dexter from son Luke and daughter-in-law Dawn. Her Daughter, actress Laura Aikman was in the Christmas special of Gavin and Stacey as Sonia – the most hated character on TV for some time! 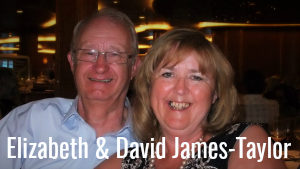 Presenters Elizabeth and David James-Taylor describe themselves a sociable couple, whose kids have grown up and left. Their first cruises were on the P&O Canberra in the late 1996 and Cunard QE2 in May of 1997. Since then Elizabeth and David have been hooked on cruising and like to share their experiences. 38 plus cruises later they still find something magical and romantic about cruising and cruise ships. They have two cruises booked for this season and a possible third in the autumn. David is an amateur film maker who we often refer to as our video reporter in the north. He can frequently be found ship watching at Northumbrian Quay, the Port of Tyne’s cruise terminal. He is often ship watching in the Tyne, well, at the side of the Tyne! 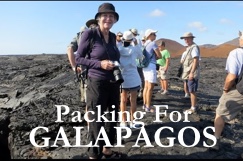 Mogens Hallas is a regular cruiser, especially since his recent retirement. He is what we call an adventurous cruiser because he changes ships, he changes routes and looks for new things to experience.

Mogens is a fantastic photographer and was the first to upload the Allure of the Seas going under the Great Belt Bridge, which gained him over a quarter of a million views. Mogens offers films to Doris Visits regularly primarily to exchange his experiences and he does go to places we do have yet to see, like his Galapagos films. He has a great video on what to pack for such an unusual adventure.

FILMS - Playing in the ship cinema or relevant to Cruise destinations.

FOOD HEROES - Chefs and Sommeliers found on board

Cruise Deals, Parking Deals and many more ways to save, especially when we find a way to get to the beach for $2.
We use cookies to ensure that we give you the best experience on our website. If you continue to use this site we will assume that you are happy with it.Ok