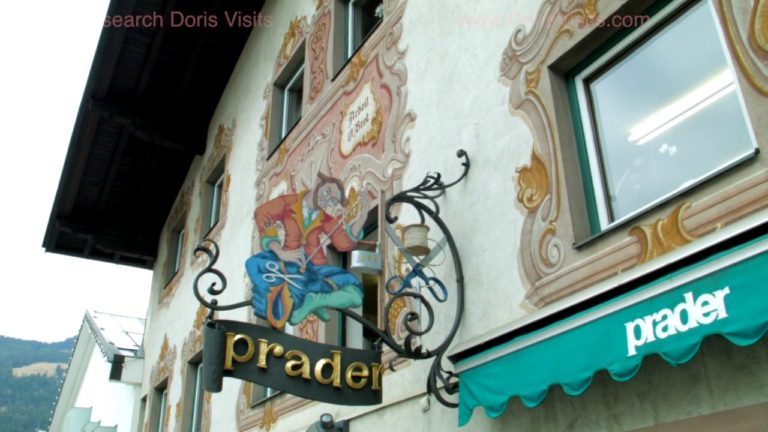 KITZBÜHEL – a fantastic village and Austria’s number 1 hotel – two reasons to explore and we love Austria. Though St. Anton is our favourite ski resort and we have always been partying to much for the film to be publishable, Kitzbühel comes second fav, but then there is Ischgl – to be honest Austria is a pretty great place. Kitzbühel is famous for the great race, race week and because it is a relatively low altitude resort it is now famous for its guaranteed man made snow when others struggle. Kitzbühel’s efforts to build reservoirs and snow making machines date back many many years to when the great race was cancelled, then again a few years later. Something had to be done about the snow. In starting snow making early it put them ahead of others so they have man-made snow early season and late season and this  sguarantee runs stay open. It can sometimes look strange because of white stripes all over a green mountain, take a look at our film on Kitzbühel and see our blog on the boutique hotel, Villa Licht!BUT WE OFFER DEALS AT MOST HOTELS AND CHALETS IN KITZBÜHEL, WITH ON-LINE BOOKING DISCOUNTS AND YOU CAN BOOK LIFT PASS AND SKIS

Austrian hospitality is second to none and the reason is that it is done by the people who own the hostelries. The acres of skiing is fun and there are many places to explore, but it is not as wild as St. Anton and there is no live music. The big down side for many is that they still allow smoking in the bars although each year they say it will be the last. The Laundhäus does legendary schnitzels and there are many very meaty restaurants hidden away in the mountains. Kitzbuhel has the expensive shops and is visited by the wealthy but it does not feel elitist; whilst you rarely see the sites of merry acres skiers in the streets like St. Anton, it is a friendly cross between Lech and Courchevel. If you have not yet been to Kitzbühel, take a look.

It has many supermarkets, coffee bars and places to eat as well as the usual take-away pizzas. There is an Aquarena which has an indoor pool, and a large sauna where you can get a sports massage. You can fly into Munich, Salzburg or Innsbruck and the train stops right by the lift station. Five stars from us!

Kitzbuhel is famous for walking holidays. The tourist office has a walk starting there at 0930 most mornings and each is different. They are normally four to five hours long and they grade them so you can judge if it is right for you. They suggest you wear the correct clothes and sturdy boots. Many hikes take you up through the snow so there may be costs for lifts or cafe stops, but that is all explained. (note the extra e in their social media addresses)WE OFFER DEALS AT MOST HOTELS AND CHALETS IN KITZBÜHEL, WITH ON-LINE BOOKING DISCOUNTS AND YOU CAN BOOK LIFT PASS AND SKIS