Aqaba, the gateway to Petra, Wadi Rum, the Dead Sea and so much more.

I did not travel to Aqaba when some of the others were shooting a movie there, so I missed Petra and had to endure hearing about it over and over again. It was on my Bucket list and I did get to go there many years later. If you cruise into Aqaba some ships overnight and stay for two nights it is that special. Marella have sailings that do three days there. See below. It is hard to ignore Petra…… but first let’s stop at the Dead Sea. 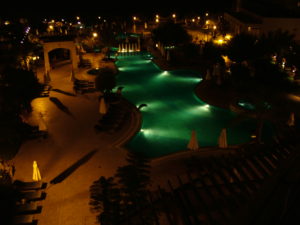 When I finally got there it was an adventure. We had been in Jerash, 48k north of Jordan towards Syria and we drove back towards Aqaba. On the way south is the Dead Sea and Petra. 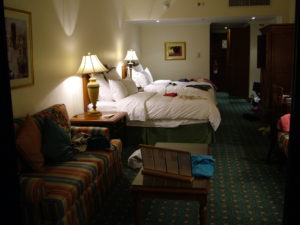 Having lived, worked and stayed in the middle east I have to say I have found nothing but the most warm hearted people, and I am not talking just tourist areas. But, I was in a tourist hotel at the dead sea, and one to rival hotels in many places. 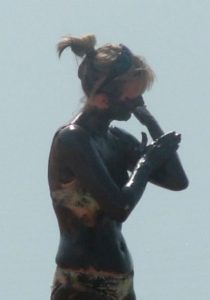 At the Dead Sea I had to take the mud bath just incase it stopped my skin from getting older. That was a bikini I won’t be able to use again!

The trip to Petra was as awesome as I had hoped for, and a lot more, the whole of Jordan is spectacular from the Wadi Rum to the ruins. But Petra is very special as are the people who live there. 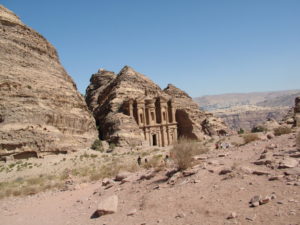 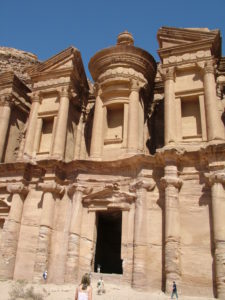 It is hard to explain what is a wonder of the world, and no wonder Spielberg used the site for the first Indiana Jones. The sheer scale of these architectural wonders dwarf you. 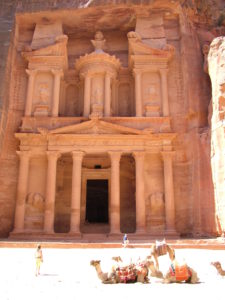 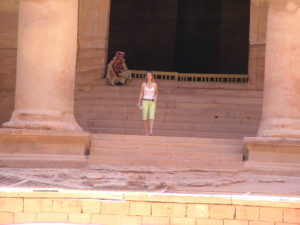 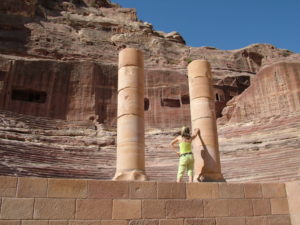 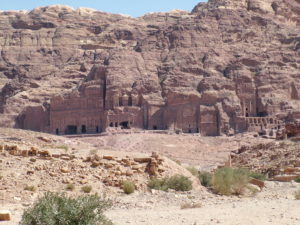 To say that an ancient civilisation lived there, a people who invented mathematics and astronomy and much more, puts many high school kids to shame. These people are wise.

The space is enormous and we hired two donkeys to get to see more than we could have by foot climbing all day. Having befriended the guides who we had never met before, I agreed to travel to see their family some many miles and three mountains away, so the donkey trip got a lot longer and the sun was going down. I had no idea where I was going, but this is what you call an adventure. 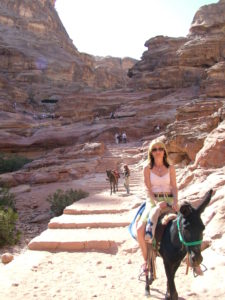 As we travelled there were times when we just had to stop and rest the donkeys and sit and look in awe. 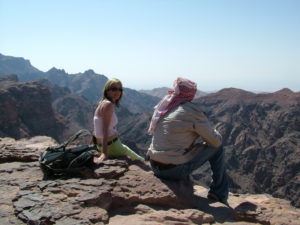 Arriving at the tiny village in the middle of nowhere we met with the guide’s family and children, and looked out to just mountains. We had really trekked for miles and miles. 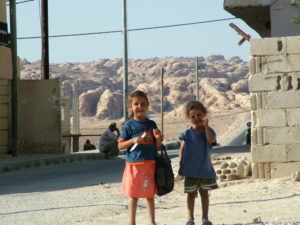 As the sun went down, the family as agreed, put us into their truck with the goats that had to go back to Petra, and we travelled, stopped and watched the sun drop and arrived at our overnight hotel in Petra in darkness. 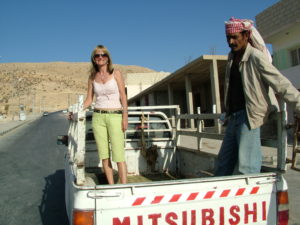 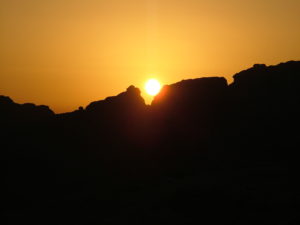 If you get a chance to cruise here, you simply must take an excursion to Petra, and if you have seen Petra then see the Wadi Rum, the place where many movies are filmed, from Lawrence of Arabia to space movies.

If you have never cruised, and we are mainly a cruise site, then click here to see how to look at what cruising is.

Why not have a look at the LATE DEALS over a coffee from your arm chair? Doris Visits allows you to SEE THE CRUISE BEFORE YOU CRUISE THE SEA. We have videos of many of the cruise stops you might make from Miami to Tahiti, from Bruges to St Maarten. Please follow us on Facebook and Twitter and share.

A number of ships are now basing themselves in Dubai and offering cruises locally or back and forth through the Suez Canal now it has been expanded and is open for big business. Fly cruises and cruises. The Arcadia is going there.

DORIS VISITS COMPARE CRUISE DEALS BOX offers a variety of deals and explains how they are all found.