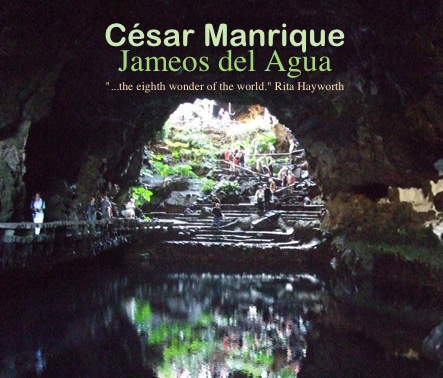 Welcome to a new feature of Doris Visits, where our follow cruise guest’s resourceful posts shared on our Doris Visits chat sites are posted on the main site, to help you see a place you might want to visit.

CHAT GROUP – Cruise the Canaries Chat – New Group, be one of the first to join and start a thread on your forthcoming or past cruise by number – CLICK HERE TO SHARE & CHAT

César Manrique was an artist and an architect and there is a park in his name in Lanzarote based around the incredible house he created within a series of volcanic bubbles, which embodies his organic desire to create a perfect symbiosis between man, art and nature. He was born in Arrecife, and although he moved to Madrid and New York on a grant from Nelson Rockefeller (see Rockefeller film) for a while, he return to Lanzarote where he died tragically in a car accident 1992. Manrique is said to have imagined the tourist potential of Lanzarote and been instrumental in the planning regulations in ways that include the lack or high rise buildings and traditional colours. If you ship docks on a Sunday it is one of the things that may be open.

The Jameos del Agua are open-air caves that are part of a 6Km long lava tube, formed about 4,000 years ago. Manrique used this as the centrepiece; you enter the Jameos down a stone-staircase. The first cave is ‘Jameo Chico’, which has been turned into an unusual restaurant and bar overlooking a small lake. At night it is an atmospheric a la carte venue and some evenings, normally Tuesday and Saturday there is traditional folk dancing and music. Manrique claimed it to be ‘the most beautiful nightclub in the world’ and actress Rita Hayworth called it ‘the eighth wonder of the world’.

Here is the official site of the César Manrique Foundation which is often on the itinerary of a ship tour and worth a visit. See our film on how to get about Lanzarote by bus, and Puerto del Carmen.

OUR GAME OF THRONES TAKE ON DUBROVNIK