Ambassador is another cruise line to accept only vaccinated guests onboard and they state they will ensure their crew is vaccinated. Primarily aimed at the 50-plus market, they will run a number of multi-generation cruises over the summer holidays. These will be authentic cruise experiences. The new group is fully financed with no debt finance and have retained a few CMV staff to share their experience with the new team. They will still be based in Purfleet, Essex and sail out of Tilbury.

Click on the ship's name and the details will drop down. Click on the map to reveal where it is in the world. Expand the map view of the world by using the +or- scale adjuster. 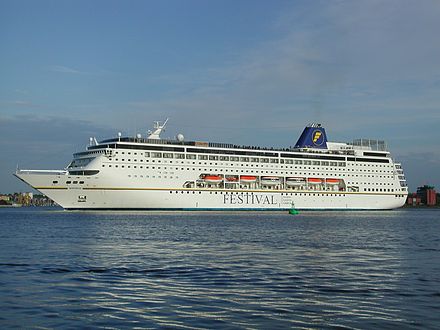 The Ambience first went into service in 1991 as the Regal Princess sailing the North American Routes for the then Princess Cruises. Above is her as the Mistral.

JOIN OUR AMBASSADOR CRUISE GROUP ON FACEBOOK In 2007 she became the Pacific Dawn and sailed for P&O Australia until 2020. In 2020 she was briefly the Satoshi, meant to be a floating hotel in the Gulf of Panama but she failed to obtain insurance as such, reverting to P&O she was sold to Ambassador and is now MS Ambience. VISIT AMBASSADOR WEB SITE WITH THIS DIRECT LINK TO THE SHIP’S PROFILE 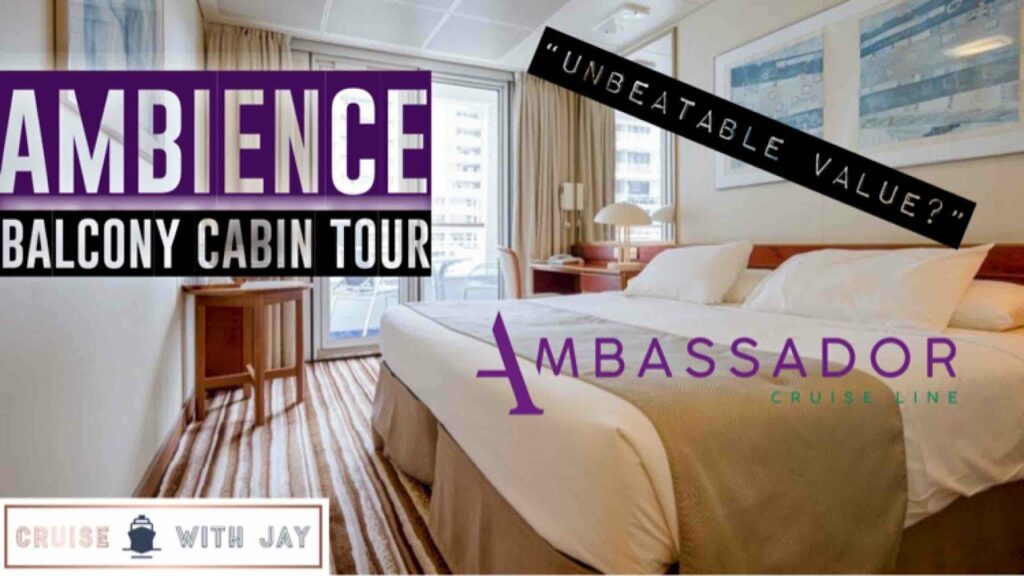 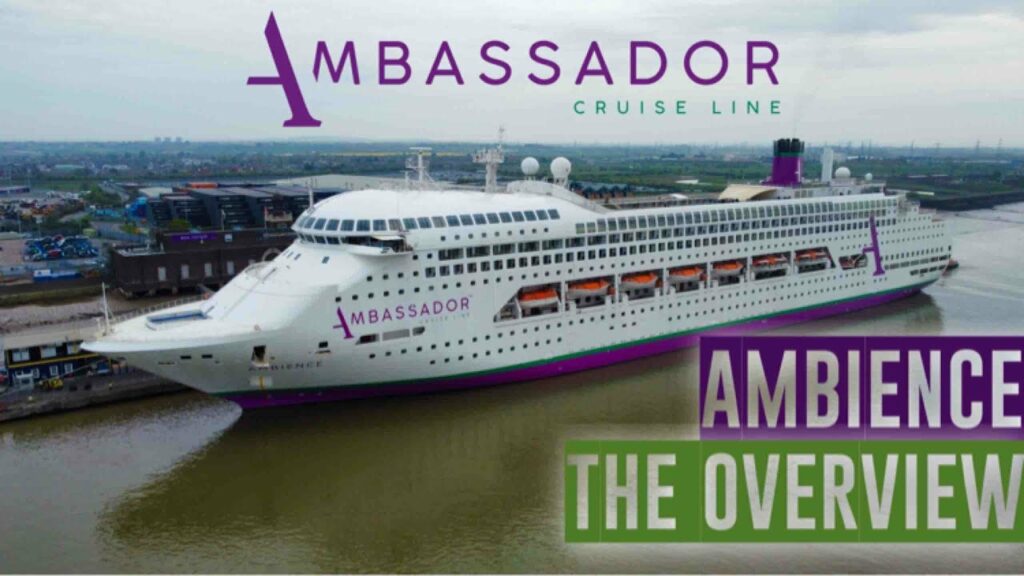 The new cruise line at sea, Ambassador has made a great start.

MS Ambience is the name of the first ship for Ambassador Cruise Lines, now at sea. 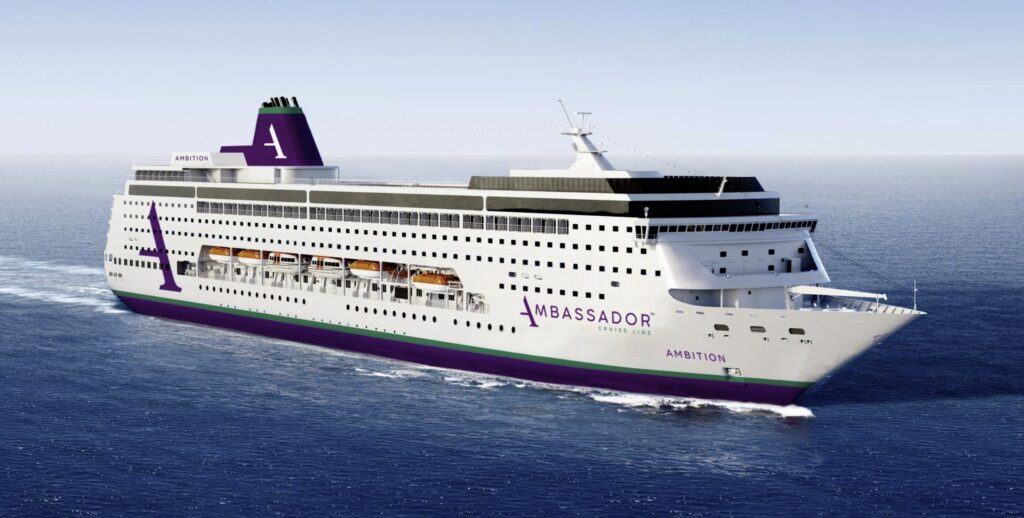 There are many Mistral Class war vessels, but this is the cruise ship class. You will see the same or similar ships called the Lyrica class, some operated by MSC Cruises. They were built at Chantiers de l’Atlantique, St. Nazaire, France. She was previously the AidaMira with and before that with Costa as the neoRiveriera. Whilst some may jump to question our banding them all together the strongest argument for this is that the first in class often gives ship and class the name. Lyrica is way down the line. Maybe it is a subclass as the Lyrica is longer and bigger, but these are similar smaller ships.  The Lyrica class goes up to about 250 meters in length, over 2,000 passengers on 9 passenger decks. (13 total) 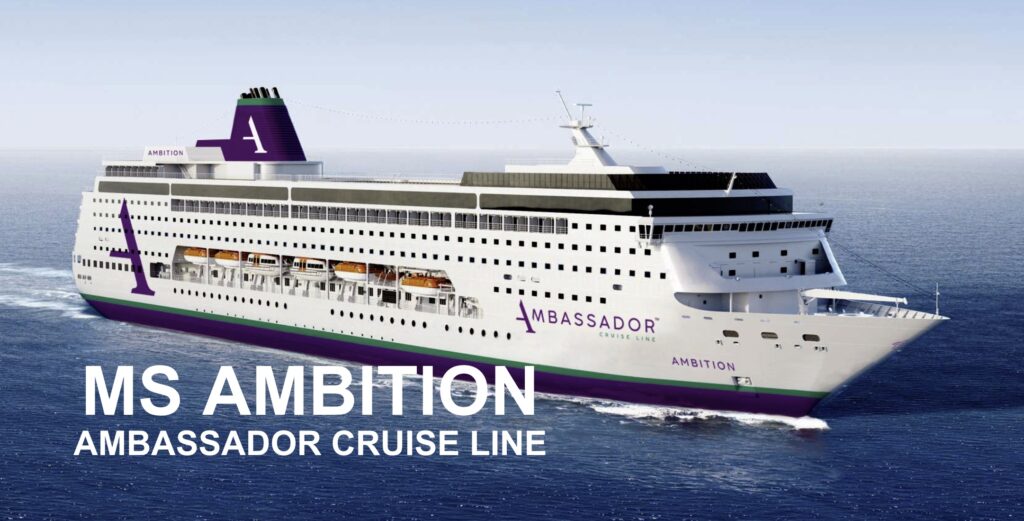 Ambassador Cruise Line has bought the Mistral Class ship AIDAmira. The 1,730 capacity ship launched in 1999, is to be named Ambition, and will enter service in

Doris Visits has grown to look at over 1,000 world cruise ports and over 450 ocean, expedition, and river cruise ships. Weather, maps and guides are added to the ports each week. Ship tours and global locators are added to the ships.

We have filmed over 400 port guides and published 6 great holiday reads starting with Cruise Ship Heist in Paperback, on Kindle and available as an Audiobook. The novels are thrillers based in the cruise industry. A T-shirt range was tested and is now being expanded. Plus, within the Facebook family, there are about 20 cruise chat groups with over 100,000 followers. Please explore, follow, and like our YouTube.com/Doris Visits cruise channel.

@[email protected] starts in the fall of 2022 and will run until Christmas on the YouTube channel and our podcast will be live on Acast. Please explore our menu and join the family of those who love to cruise.