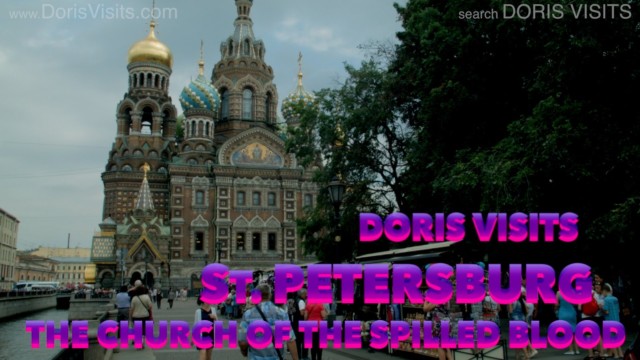 CHURCH OF THE SPILLED BLOOD –

This church is situated along the Griboyedov Canal with a paved walkway running along both sides of the canal. It is also known as the Church of the Savior on Spilled Blood. MAP POSITION HERE

It was built on the site where Emperor Alexander II was fatally wounded by political nihilists in March 1881. The building of the church began in 1883 by his son Alexandra III during his reign and was finished in 1907 when Nicholas II was in power. It cost an estimated 4.5m Rubles.

The construction was funded by the imperial family. On a few of the tours, this church will be offered because it is a must. The interior is quite impressive though our favourite church is still a little-visited church in a part of Rome often ignored on the end of our Angels and Demons film tour as Dan used it. Certainly on the Emperors and Assassinations Tour, and the St Petersburg Explorer you will get to see this very impressive church; the church of the spilled blood. Your guide will let you in on a group ticket if it is included with the tour, but the guide does not guide you inside. Here, inside this church, where it is cramped and crowded. It is one of the worst places for pickpockets. Beware. Find your ship’s chat site + share your pictures + experiences to help others  P&O Cruises St Petersburg  Marella Baltic Cruises Fred Olsen St Petersburg