Alternative Cruise Parking is one we have used and been very pleased with. They and others are just out of Southampton and they will coach you to the ship without problem. We have always had excellent service. Although now we have discovered the coach from Victoria, which we took while making this film as a cruiser’s guide, we have never driven since. However, if you are driving beware of trolls. Totton and Eling council are known to demand the one pound toll plus 45 pound court fee. 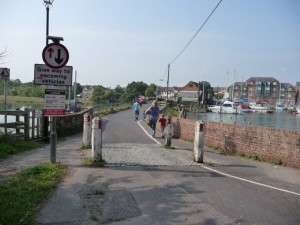 Weird fact – watch your sat nav. if you approach the out of southampton car parks the wong way, by sat nav as it can take you that way. I think technically it is the shortest. There is a tiny village you pass through. TINY, and it has an even smaller bridge. On that bridge is an even smaller sign saying pay toll. And a small hut with a small man who could be considered to be asleep. You then get a fine for not paying the toll, or a threat. So, if on a Norwegian Cruise, this will be your first conflict with a troll. The complaints to the local councillor are numerous. MSC CRUISES FROM SOUTHAMPTON – click here 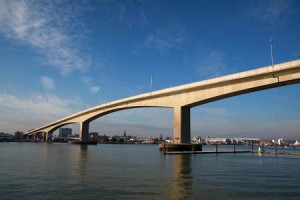 There is also a Toll Bridge in Southampton. The Itchen Bridge is a high-level hollow box girder bridge over the River Itchen in Southampton, with a toll. It is about a mile from the mouth of the river, and you may cross it if lost, looking round or doing an overnight. The bridge first opened in 1977, and it has a variable toll, based on the height of your vehicle at the front axle, in order to cross. The toll booth is situated at the Woolston end of the bridge and is operational every day of the week.

It is not the cost of the toll, it is paying it that will catch you. Both are around or under a pound, but failure to pay, to notice, is where you will get caught. Take the coach, and relax. It is the cheapest way to travel and no parking costs. With the Trainline tickets to Victoria are cheap. It is like our choice of Birmingham Airport, it is so much cheaper using the Midlands airport and so easy, more easy than Gatwick. The Coach to Southampton gets a five star thumbs up from us as we get there before we know it. Camera, computers, edit kit and evening wear all goes in a case each. The London tube to Victoria is the hardest if there are closures as we have had once, but even then the replacement bus at each end lost us no time. The coach driver at Victoria scans your computer receipt and he lifts your cases underneath. Note there is an extra charge for extra cases. Apart from a stop at the university, we went directly there and then took a cab. Had we not got to film we could have shared that with another couple. Coach fare £11 each, taxi £7 between us. No parking costs, no drinking restriction had we had wine at the pub opposite Victoria. If you arrive early go to the ticket office and see if they can amend your ticket to go earlier. Some travellers got that easily too. The driver also has discretion if the bus is not full.

Checking in at Southampton always seems easy, but we do get the small perk of a staff check in. However, everyone looked happy and most are used to it. If you like to consider the Hop On Hop Off Buses when in cities, we have a few on film. Click here. If you are wondering about the train, then check out our Isle of Wight Video via Portsmouth, that was simple too.