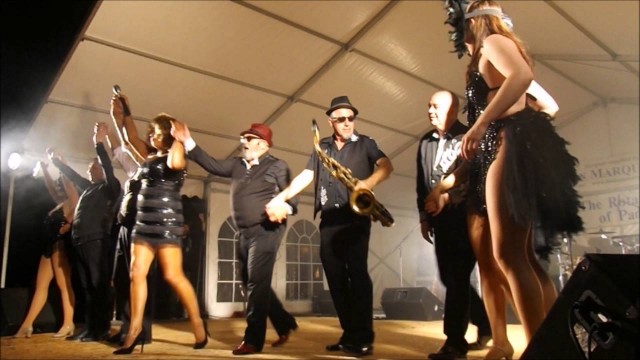 Justine is a powerhouse, just like Tina Turner. They are a perfect match, separated at birth. Our Tina, that is Justine performs regularly on the P&O ships, especially Azura and Britannia. We saw her again on A732 in the Caribbean along with other great acts, like Hammersmith Apollo star Manuel Martinez, Jimmy Dingle as Bruno Mars and Paul Turk as Eric Clapton. Justine has been singing professionally for over 27 years and been a winner on Stars In Their Eyes. She has worked extensively in theatres all over the country and on national TV. Whilst Justine has her own very polished act, she is also a much sought after session vocalist for some of the biggest stars and record labels in the UK.

​After winning ITV’s “Stars in their Eyes” in 2002 as Anastacia, her tribute show “Justine is Anastacia” was in great demand. To be a visual and vocal chameleon is a tribute to her, as she tributes others at the drop or a hat knowing over 5000 songs.  When Anastacia stopped releasing albums and her popularity waned, it was time to change direction again the big problem was who, because she is such a capable singer. Friends thought she sounded like Tina Turner, so this time Justine studied Tina Turner in every detail and challenged herself to become the closest copy she could be. This combines the actress in her with the ability to sing; scrutinising video footage, watching mannerisms and movements and then hand making the all important wig. Totally TINA was created and in her own live show she has a band and dancers that she has also totally choreographed.

“I’ve been myself a lot  longer than I’ve been a tribute to any artist and its strange sometimes to transform  into my big alter ego. But you get away with an awful lot with being TINA!”  Her sheer presence, her energy, her humility and dyanamite vocals.   If I can’t achieve success in my own right and her fans aren’t too upset, I cannot think of anyone I would rather pay homage too. I’ve never thought of myself as an impersonator and in no way ever think I  can replace the legend that is Ms Turner, but I hope if she ever sees the show she will appreciate the hard work and sacrifice we have put into it just so we can keep spreading her name to her fans. I always say to our audiences at the end. If you felt for just one second you were watching Tina again then our job is done. Come and say “hi” after the show and have your picture taken with me. Love ”  Jx

The Port guides here on Doris Visits are a great way to remember your cruise and share with your friends. The crime novels are a whole new experience. You may not have been to the ports in the novels, you certainly won’t have been to the parts of the ship they use. All the cruise crime novels will make you feel like you are in the adventure and on the ship – dodge the bullets and stay out of the romance. Ship and cruise accurate, the novels are a great way for new cruisers to discover a ship too. Please share the Amazon link. .CRUISE SHIP HEIST https://amzn.to/2GKQBIp

QUESTION: If I travel and I am more than 24 weeks pregnant am I technically un-insured and liable for all the bills?

ANSWER: Check with your insurance company and lawyer before you travel, but it appears all the companies say no travel.