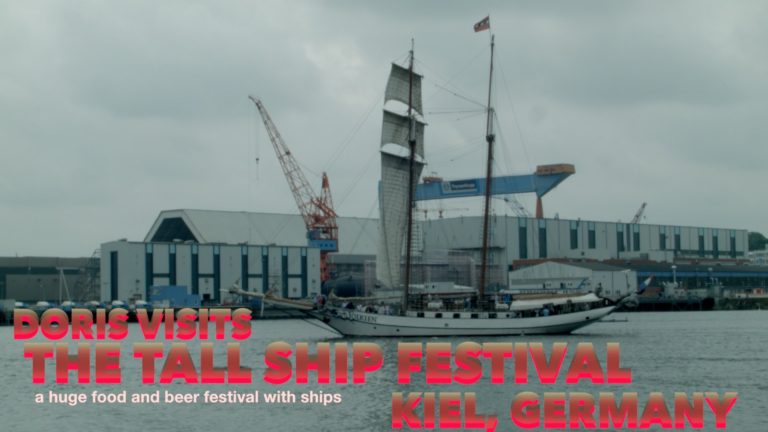 Many Baltic Cruise ships go through the Kiel Canal, but few ever stop in Kiel. The Arcadia stopped there during Festival week and this is a huge festival of Tall Ship sailing for Hornblower fans. Kiel on Google Maps

The Tall Ships Festival, or Kiel Woche, is a festival of sailing ships, beer, sausages, beer, more sausages, one of the best bulk barbecues we have seen, and more beer. It does start to rock in the afternoon, so spend the morning seeing the other things. There were many tall sailing ships and we filmed some to the epic music by Mark Blackledge from our Status Quo film Bula Quo. It is a small town with a few things of interest, and as all German towns a C&A and Woolworths, so the festival was the highlight. Both the Opera House and Town Hall were closed to visitors. See film. Like all festivals, it started to get into a real swing just as our cruise ship had to sail out, but the evening looked like it was going to be great fun, with two reasonable-sized live stages that we found. This is a big festival and I wish we hadn’t had to leave so early.

EASY HELPFUL FILMS & GUIDES TO ALL THE BALTIC DESTINATIONS –