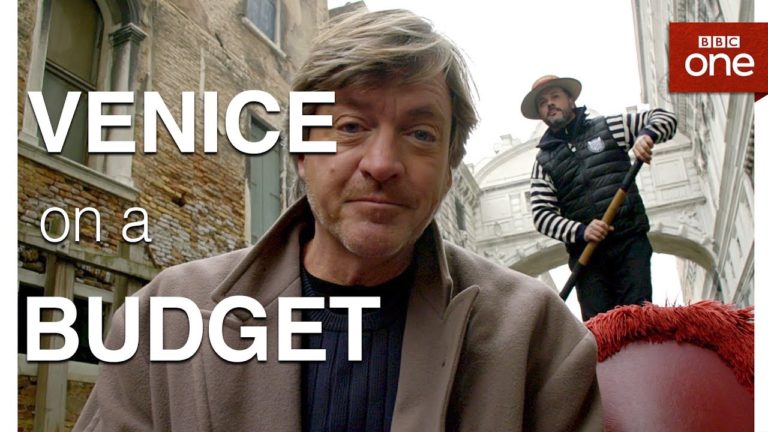 Venice – a history of erotica and gambling? Venice was the centre of trade, but also of sin and gambling. At one time 12% of its population were in prostitution and the dens of iniquity were around every corner. There were places that women could visit too, and of the men on offer Casanova was perhaps the most famous. Now the huge ships sail in and dwarf the buildings. Times have changed.

February is the time to dress up and transport yourself back in time 300 years to the time of lavish, exotic, and high-octane Venetian masquerade balls hidden behind an elaborate mask. You can then enter the ballroom with the anonymity that has long been a Venice Carnival tradition, said to have begun in 1162. The Carnival became an official event during the Renaissance but was then banned not to re-emerge until the 19th Century. 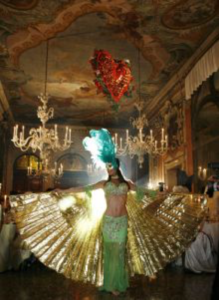 The city built on swamp land by driving tree logs deep into the mud has always been said to be slowly sinking into the sea, but, each year we go back it is still there. It is said that the movement of water from propellors disturbs the silt that protects the foundations under water and is eroding the city, but it is still full of boats on the waterways, and huge cruise ships sail in and out daily dwarfing the famous buildings.

Each year they have a carnival which starts two weeks before Ash Wednesday and ends on Shrove Tuesday. The masked ball is the major attraction with companies offering three day stop overs costing up to thousands depending on the package. 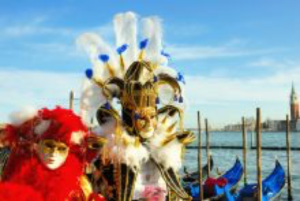 These are event filled, with costume fittings and then a promenade. There may be many carnival balls, so do some research. There will also be tasting dinners and cocktail parties to classical baroque style music. The price of the ball gown and face mask hire may be additional, so check. This feels like a once in a life time experience, but remember what your partner is wearing because …. well, because. Richard Madeley’s film on Venice is great.

Cunard cruises have themed nights and amongst them are the Masquerade / Venetian Masked Ball where men are expected to wear Domino Masks and ladies are expected to wear Harlequin Masks and carry a fan. However, as the weather is not great in February most cruise ships are still in the Caribbean. We will be back in Venice mid-2017 with a camera and a Ball is on the longer bucket list.

But face masks are becoming the rage perhaps also due to a certain $500m grossing film Shades Of Grey which sees the Darker sequel come out on St Valentines Day. So, is February the month for saucy romance? We searched out some masks so you could have a Venice party at home.

Perhaps if you are not going to the ball, then a party at home may be in order and these edible face mask decorations might be the guests choice. Most cruise operators have ships that will go to Venice after the ball season.

CRUISE INSURANCE  OUR BLOG
SEE THE CRUISE BEFORE YOU CRUISE THE SEA.CHAT GROUP – Cruise the Adriatic Chat – New Group, be one of the first to join and start a thread on your forthcoming or past cruise by number – CLICK HERE TO SHARE & CHAT