Cruising: Doris Chats We love to cruise
Home Entertainers Films showing on board Kong: Skull Island a film playing on board ship, especially on the Pacific routes. 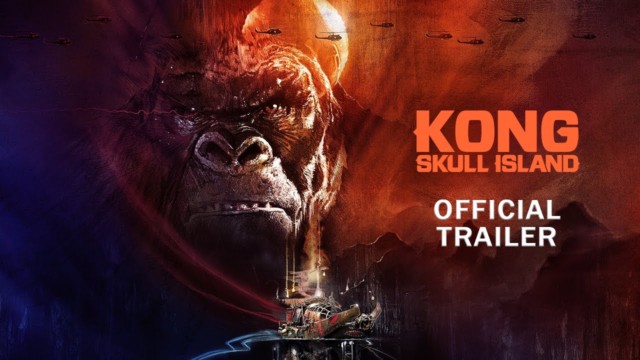 When on the Aurora (one of my favourite ships) R715 New England cruise I went to see $185m movie Kong: Skull Island, and it is probably a film I wouldn’t have gone to see normally. However, when on ship you do get to experience new adventures including seeing the next in the King Kong franchise, after all, this cruise was taking us to New York to see the Empire State Building! Skull Island is basically a film about a team of scientists who explore an uncharted island in the Pacific, like a team of cruisers ….. but venturing into the domain of the mighty Kong. They must then must fight to escape a primal Eden. I was drawn to the movie because when on the Arcadia world tour in January 2017 we stopped in Hawaii and as fellow film makers, we were determined to go to Kualoa Ranch where this film and Jurassic Park were made. See our film of that unusual location tour because when you are there you will more than likely go and see either Pearl Harbour, the North Shore, or maybe the Polynesian Centre. Oahu has a lot to offer. We met the ship there so had spent a few days filming all of them for you before joining then we went down to Bora Bora and Tahiti.

MOVIE PLOT: A washed-up monster chaser,  convinces the U.S. Government to fund a trip to the unexplored “Skull Island” in the South Pacific. Upon arrival, the geological research group discovers that their mission is complicated by the indigenous wildlife. The beautiful vistas at Kuala Ranch on Oahu, Hawaii are visually stunning. The deadly creatures created within that landscape by the CGI team create a movie experience that will rock your boat, sorry, ship. I actually enjoyed the movie which had my attention all the way through. I didn’t go expecting that, but with memories of our two tours of the huge mountainous parks we visited. The remains of Jurassic Park (2) sets are still there. It was shot between October 2015 to March 2016 in Hawaii and various locations around Vietnam which we have also visited on the Arcadia because the two locations are often on the same world circumnavigation at the start of the year. Check here for the next. Kong: Skull Island was both a critical and commercial success taking $556m worldwide. The back story of the film dates back to 1944, when in the midst of World War II, two fighter pilots – American pilot Hank Marlow and Japanese pilot Gunpei Ikari – parachute onto an island in the South Pacific after a dogfight and engage in close combat, with maybe a few overtones of the neighbouring Pearl Harbour. However, the fight is interrupted by a behemoth ape. The film kicks in 28 years later – you will enjoy it. Especially if you are cruising the Pacific.

Kong: Skull Island stars  Tom Hiddleston, Samuel L. Jackson, Brie Larson, John C. Reilly and John Goodman. You will note we link films and their actors to the International Movie Data base, which lists everyone anywhere in the world who works in movies (inc me, Jean Heard) and now the more important Games, which has three times the revenue of the film. IMDB is the industry reference. In the destinations menu here at Doris Visits, we show the movie tours at some destination ports, like Game of Thrones, Dubrovnik and our spoof  Angels in Demons which one of our executives, Stuart St Paul has been known to do on board ship as an after dinner or daytime speaker.

WHAT TO PACK – CRUISE DEALS – MARRIAGES AT SEA – BOOKS

Now our less frightening film of the location of Kong, on the Hawaiian island of Oahu. Kualoa Ranch, where they also shot TV shows like LOST and Hawaii Five0.